Don’t miss this warm and wonderful adult celebration of friendship, community, and music! Let’s gather on campus and under the big tent to enjoy live music by our very own acclaimed guest artists, delicious food and drinks, a Silent Auction and a Wine Pull, all in support of Strength In Community, Far Brook’s major gifts initiative for Students and Faculty. This campaign has been raising funds for Tuition Assistance and Faculty Development, two important areas of focus for the School. June Jam is the culminating celebration of Strength In Community and all that it makes possible for Far Brook.

Aligned with our Strength in Community focus, please consider choosing a ticket level that will underwrite a faculty ticket. 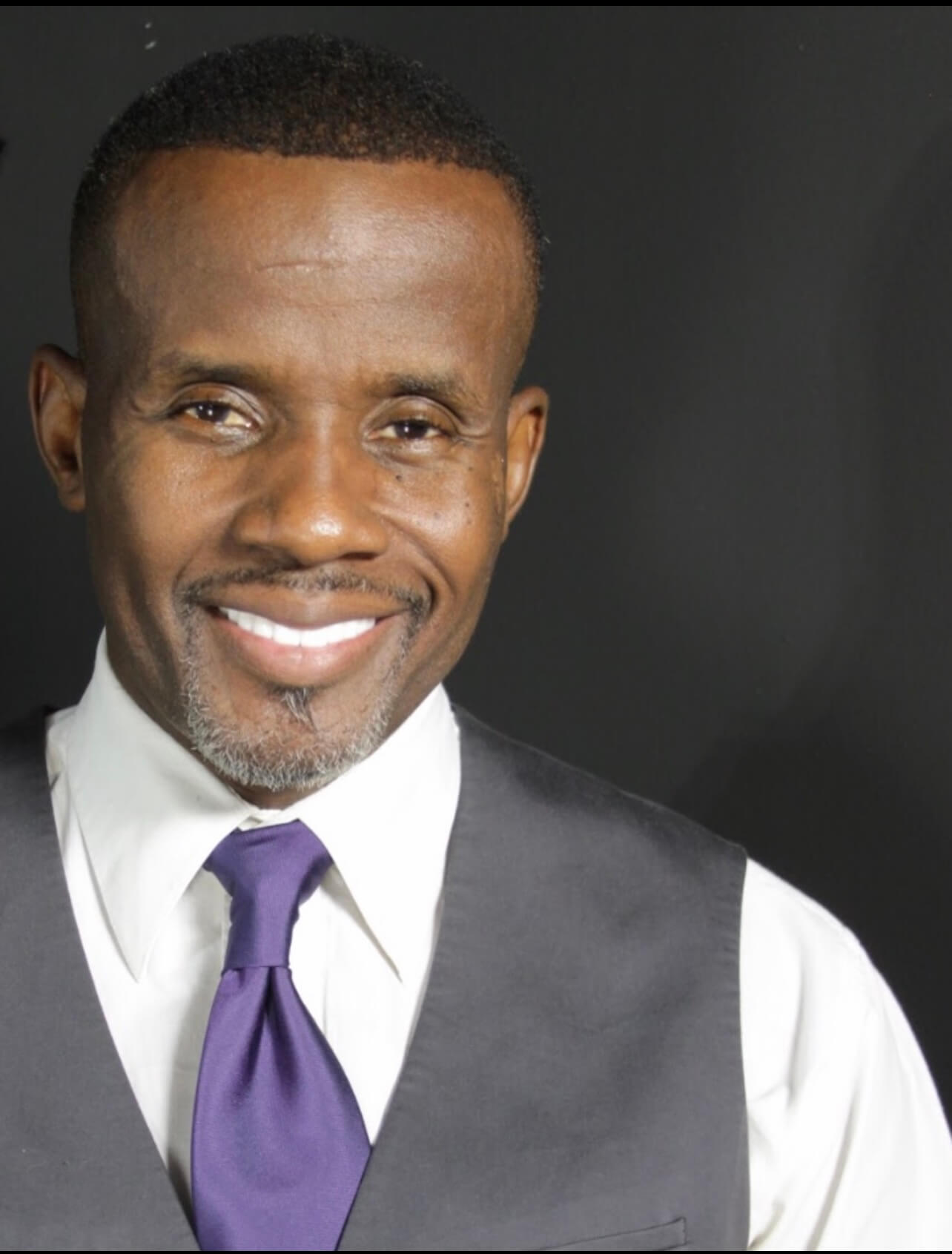 Dwayne Clark is an actor, singer, educator, performance coach, and motivational speaker. Dwayne is currently appearing on Broadway in Paradise Square at the Barrymore Theatre. He has appeared to critical acclaim on Broadway and other national and international stages, as well as in film and television. Multitalented, Dwayne is also an author. During COVID lockdown, he created and launched a children’s book series to encourage young readers by portraying positive family life and lessons that are based on experiences within his own family. Dwayne and Janeece are parents of Jada (7th) and DJ (5th). 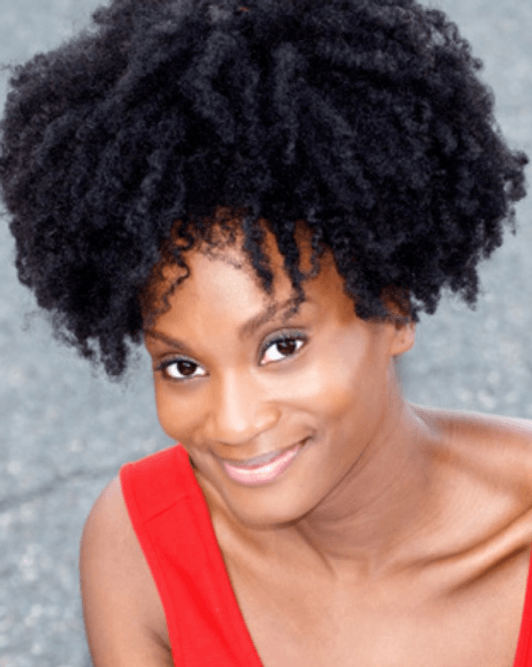 Director, Actor, Singer, and Educator, Janeece Freeman Clark has performed on Broadway and other stages, and in television and film. Janeece is the founding Artistic Director of Vanguard Theater Company, based in Montclair, NJ. As a theater director she has directed in NY theaters, National Tours, as well as Regional Theaters across the country. She is a Professor of Musical Theater at Manhattan School of Music and Seton Hall University and has created theatrical curriculum for institutions such as New Jersey Performing Arts Center, where she is in residence. Janeece and her husband Dwayne are parents of Jada (7th) and DJ (5th). 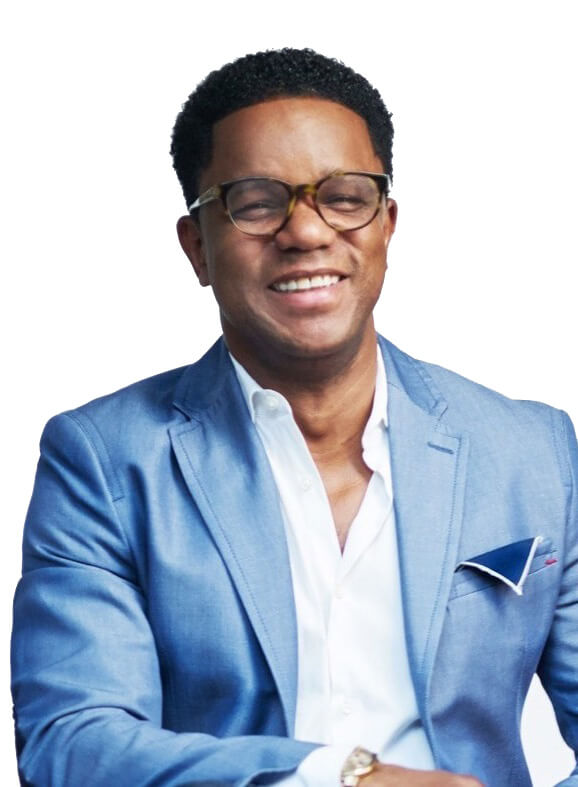 Stefon Harris is a world-renowned, multiple Grammy-winning jazz vibraphonist and composer.  Also a respected educator, Stefon is the Director of Jazz Arts at Manhattan School of Music and brings his passion for music education to the digital world with the release of his revolutionary ear-training app, Harmony Cloud. His most recent album, “Sonic Creed” (Stefon Harris + Blackout), was named 2020 Jazz Album of the Year by WBGO. Stefon was named “one of the most important artists in jazz” by The Los Angeles Times and called “the standout vibraphonist of his generation” by The New Yorker. Stefon and his wife Shané are parents of Langston (7th) and Ellison (3rd).

Erasmia Voukelatos, Far Brook’s Director of Choral Music, is active as a soloist and chamber musician, conductor, arranger, and concert presenter. A Canadian pianist of Greek descent, she has been the featured soloist with the Canadian ensemble Mercredi Musique and Antara Ensemble in New York. Erasmia’s love of chamber music inspired her work as Co-Founder/Artistic Director of the West-Park Chamber Society, attracting audiences for her engaging programming. Her ethnic heritage has fueled a lifelong interest in multicultural arts and she is a regular workshop presenter on song and dance rituals of Greece and India. She enjoys collaborating with her husband, violinist Ashley Horne, and their son Alexi ’17, an aspiring cellist and singer. 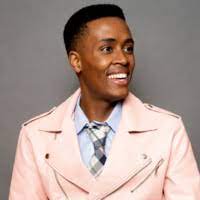 South African born, Peter Ncanywa is a Xhosa singer, songwriter, composer, and organist. He has a passion for education and has been with Far Brook since 2017, teaching Boys’ Choir and Lower School Music, and has worked with several high school choruses on South African songs. Peter is the Director of Music at Prospect Presbyterian Church in Maplewood. In 2016, as part of Henry Leck “Creating Artistry” series, Hal Leonard published Peter’s “Uma Ngihamba Nawe,” followed by “Mosadi O Mopila So” in 2018. Peter is a performing and recording artist under the stage name Peter Ngqibs. His first single, “Broken,” charted in the Top 30 UK Club Charts and several radio stations in South Africa. 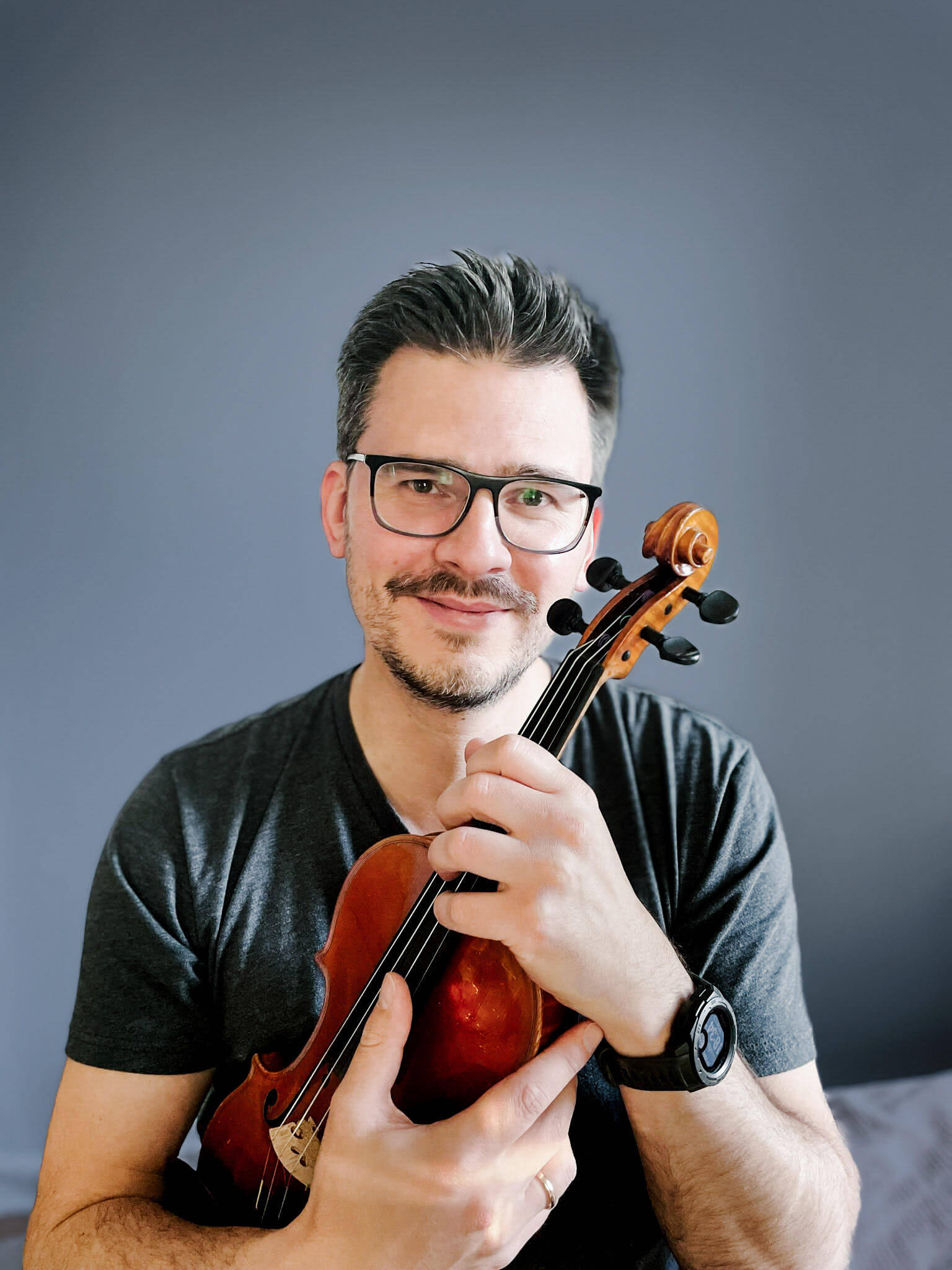 Milan Milinkovic, Far Brook’s Director of Orchestra and Music Theory Teacher, is also an active solo, chamber, and orchestral violinist in the New York metropolitan area. Milan has performed with the Manhattan Virtuosi, Riverside Symphony, Garden State Philharmonic, Belgrade Philharmonic Orchestra, and the National Opera Theater, among others. A native of Serbia, Milan holds a Master of Music degree from the University of Music Arts in Belgrade and has performed throughout Europe with the renowned orchestra of St. George Strings. He is a sought-after violin teacher in our area, and has been an adjunct faculty member of St. Elizabeth University in Morristown as well as String Coordinator for New Jersey Youth Symphony. 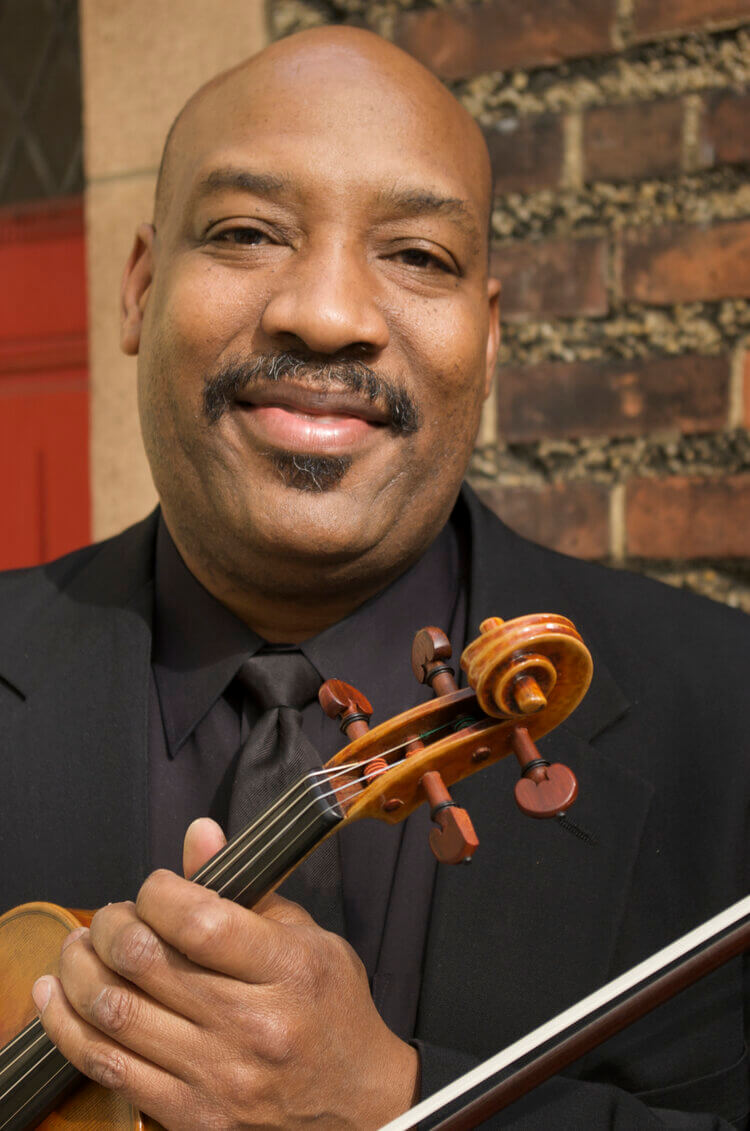 Ashley Horne, violinist and native of Los Angeles, has performed around the world. His artistic integrity and flexibility have placed him in diverse musical experiences, from recitalist at Lincoln Center to performances with Portishead, Whitney Houston, Natalie Cole, Tony Bennett, and Oliver Lake. Currently First Violinist of the Harlem Chamber Players String Quartet, Ashley is also a member of the American Symphony and is Music Director of Antara Ensemble. He is a champion of works by Black composers, including Noel DaCosta and Coleridge-Taylor Perkinson, and he was featured in Le Mozart Noir, the PBS documentary about violinist-composer Chevalier de Saint-Georges. He and his wife, Erasmia Voukelatos, are parents of Far Brook alumnus Alexi Horne ’17. 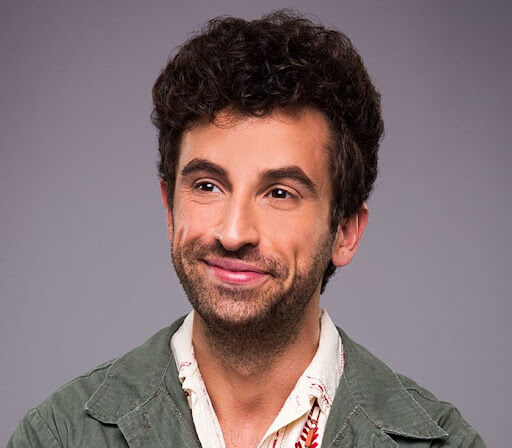 Brandon Uranowitz, Far Brook alumnus from the Class of 2000, is a three-time Tony Award nominee for his performances in An American in Paris, Falsettos, and Burn This. Other Broadway performances include roles in acclaimed productions such as The Band’s Visit, Grand Hotel, Prince of Broadway, and Baby, It’s You! After graduating from Far Brook, Brandon went on to Montclair Kimberley Academy and then studied drama at NYU Tisch. In addition to his work on the stage, Brandon has appeared in films such as The Kitchen and Stage Fright, and has recently had a recurring role on the Amazon series The Marvelous Mrs. Maisel, among others. 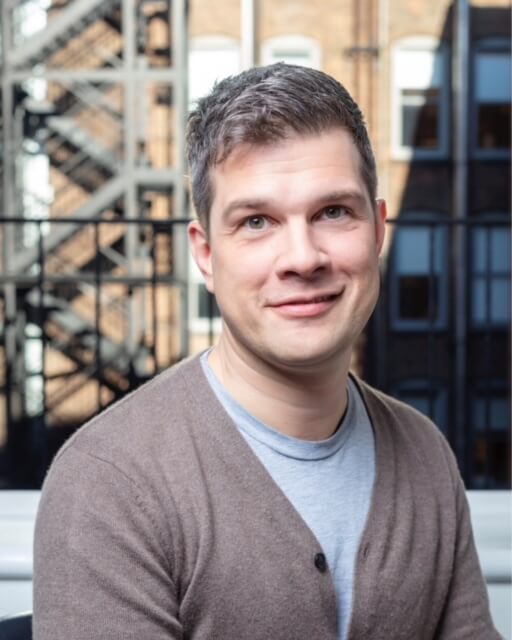 Stephen Oremus is the recipient of two Tony awards (Best Orchestrations) and two Grammy awards (Best Musical Theater Album) for his work on The Book of Mormon and Kinky Boots. For Kinky Boots, Stephen served as music supervisor, orchestrator, and arranger for Broadway, National Tour, and worldwide productions. For The Book of Mormon, he co-orchestrated the score, wrote the vocal arrangements and serves as music supervisor for the Broadway, National Tour, and worldwide productions. Stephen is the music supervisor and arranger of the original Broadway production of Wicked, and of subsequent worldwide productions, and also of Disney’s Frozen. Beyond Broadway, Stephen has arranged/conducted for various artists for television, film, and concert performances including Lady Gaga, Ariana Grande, Rufus Wainwright, Dolly Parton, and others. Stephen and his husband Justin Bohon are proud parents of Skylar in Kindergarten. 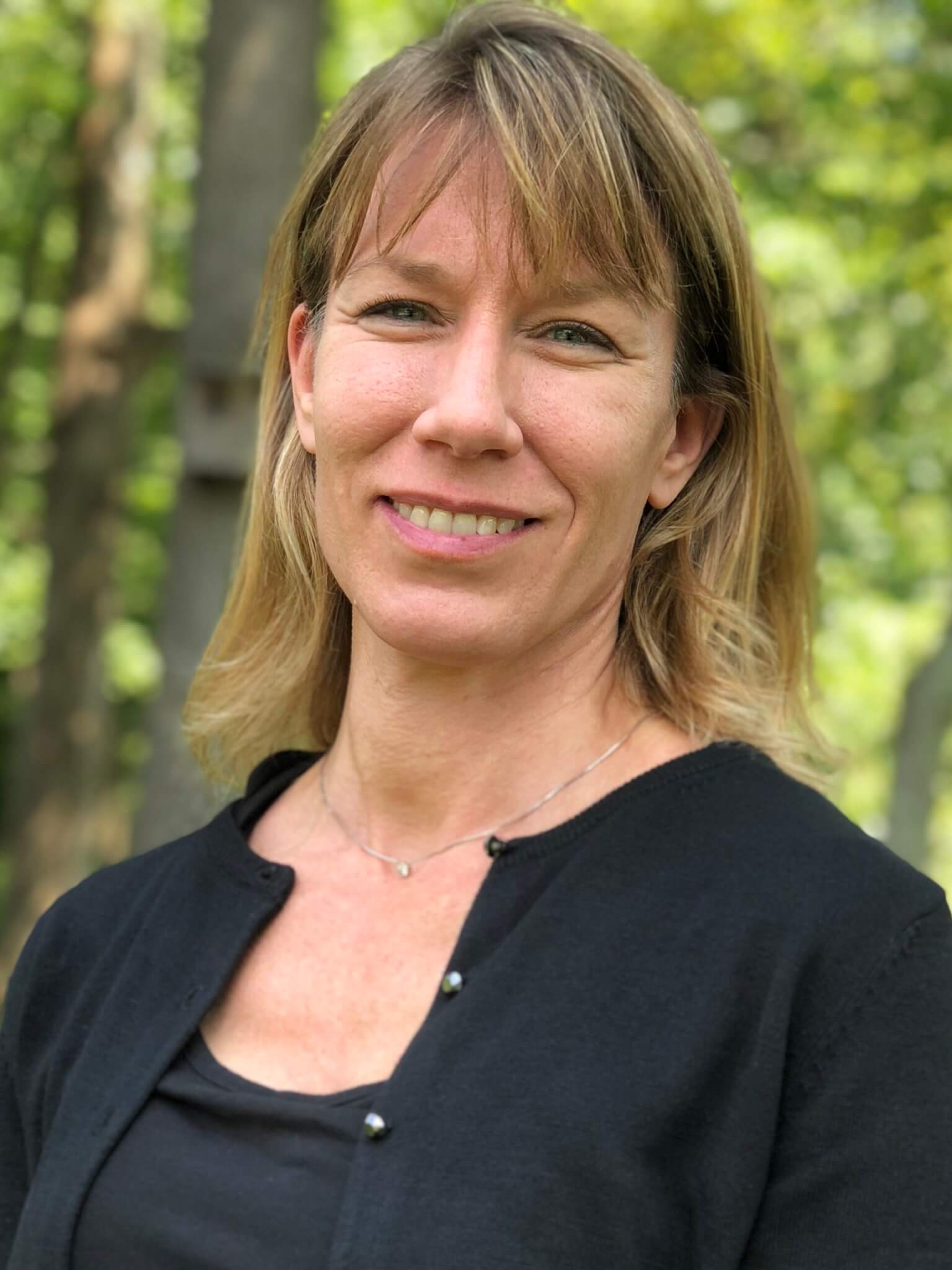 A native of California, Karen Delavan is Far Brook’s Upper School Music Accompanist and adjunct music faculty. Karen earned her BM in Piano Performance at the New England Conservatory, her MM in Collaborative Piano from The Juilliard School, and also held a Fellowship with The Juilliard Opera Center. Over the past 25 years, Karen has established a successful career as a freelance coach and recital accompanist, has held adjunct faculty positions and residencies at several universities, and has enjoyed working with many notable opera companies and exceptional artists.

Scroll Through for a Sneak Peek at a Few of the Items and Experiences Pledged for June Jam!

Here’s a small sample…stay tuned for much more!

Two Tickets to The Late Show with Stephen Colbert 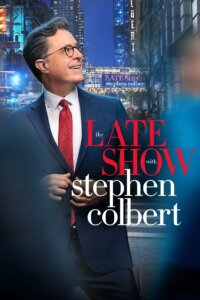 Two tickets to The Late Show with Stephen Colbert.

You can win 2 tickets to see the NJ Devils and have post-game visit in the locker room with goalie, and current Far Brook parent, Jonathan Bernier.

Week at a Vacation Home in Marathon, Florida

One-week stay at a gorgeous vacation home in Marathon, FL for either this summer (2022) or next (2023). This waterfront home sleeps many people with 6 bedrooms, 4 bathrooms, and includes a pool, and hot tub. More details to come. 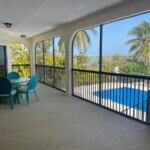 Your group will experience an exclusive behind-the-scenes tour at the Whitney Museum with a curator.

Want to get your glam on or get that priceless family photo? Win this item for a session with celebrity photographer, and current Far Brook parent, Danielle St. Laurent.

We All Scream for Ice Cream!

The winning bidder will be Far Brook’s new favorite person when an ice-cream truck shows up on campus with treats for all. 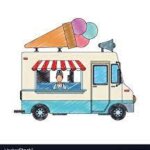 JUST TO GIVE YOU AN IDEA…

Let's Gather Under the Tent! 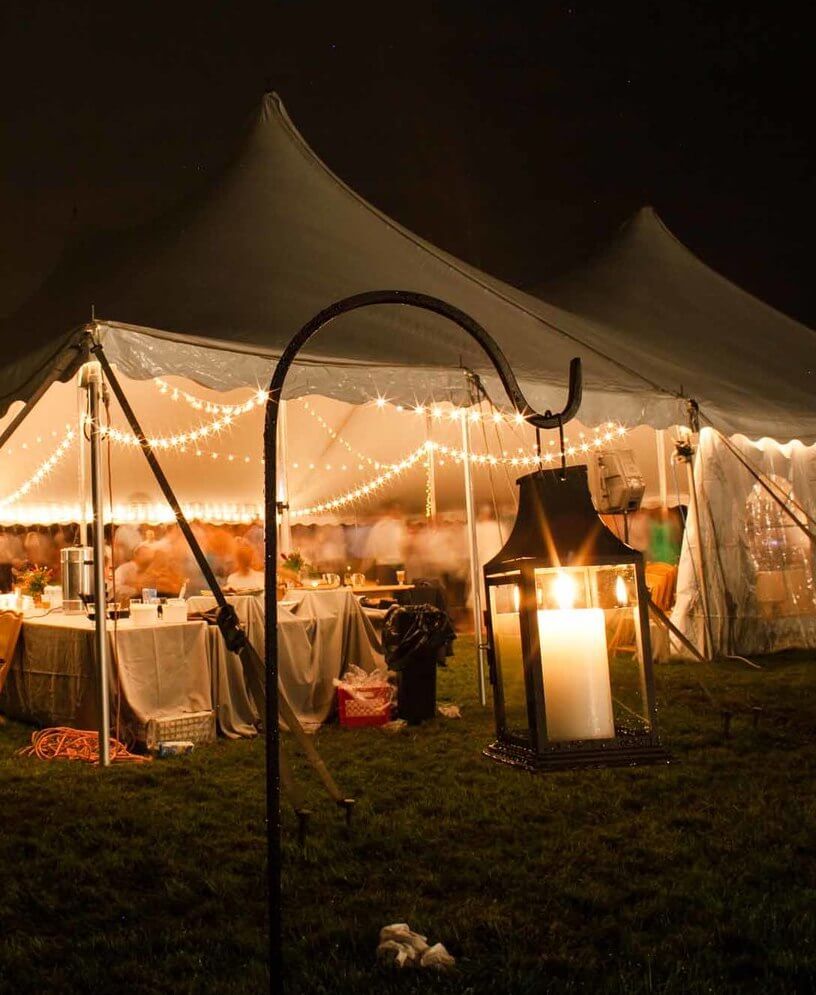 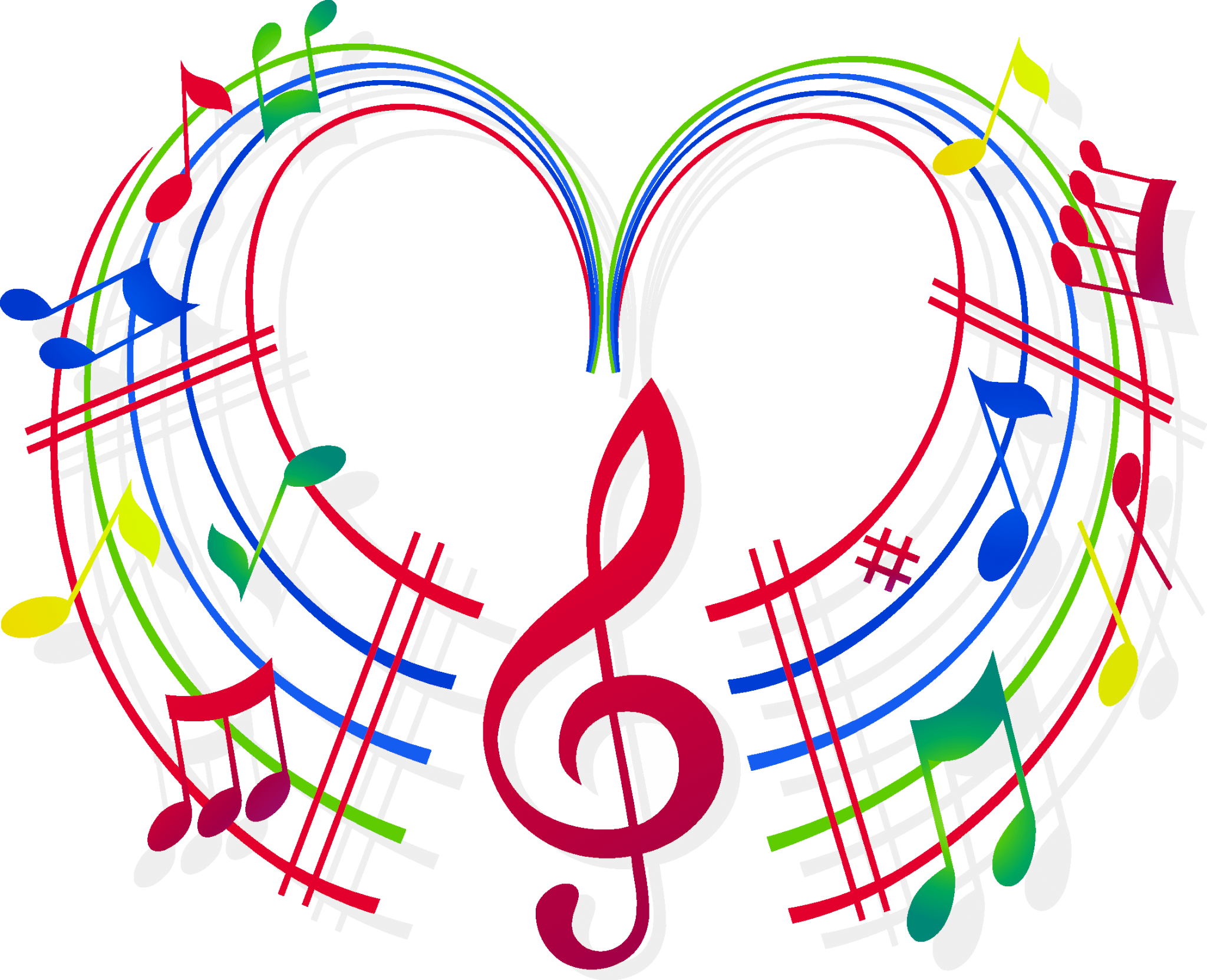 We have such a talented community! Scroll through our lineup of performers (see the blue box on this page). 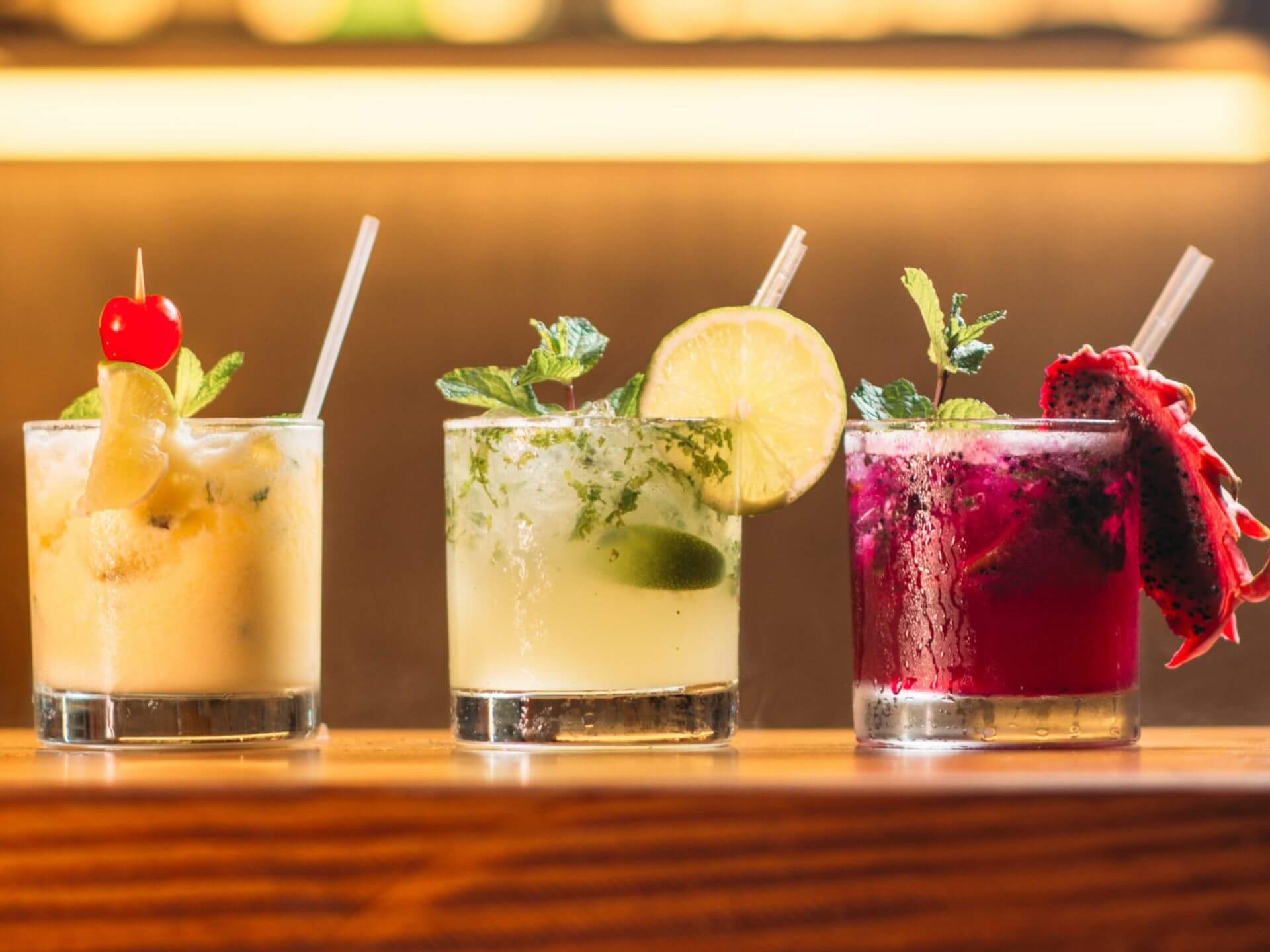 Bid on Unique and Valuable Items in Our Silent Auction 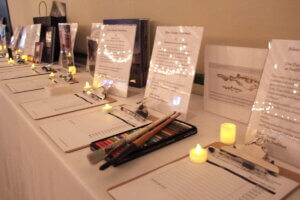 Nibble the Night Away - Great Food from Mexican Spice 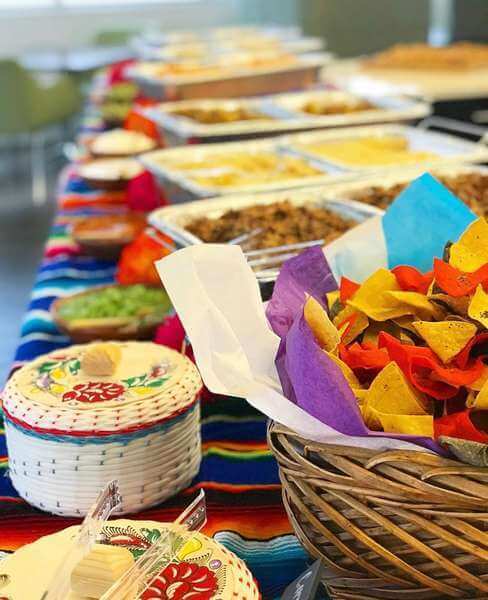 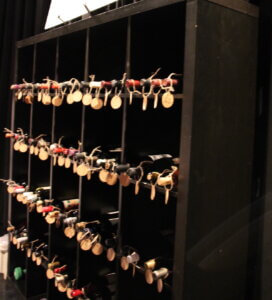 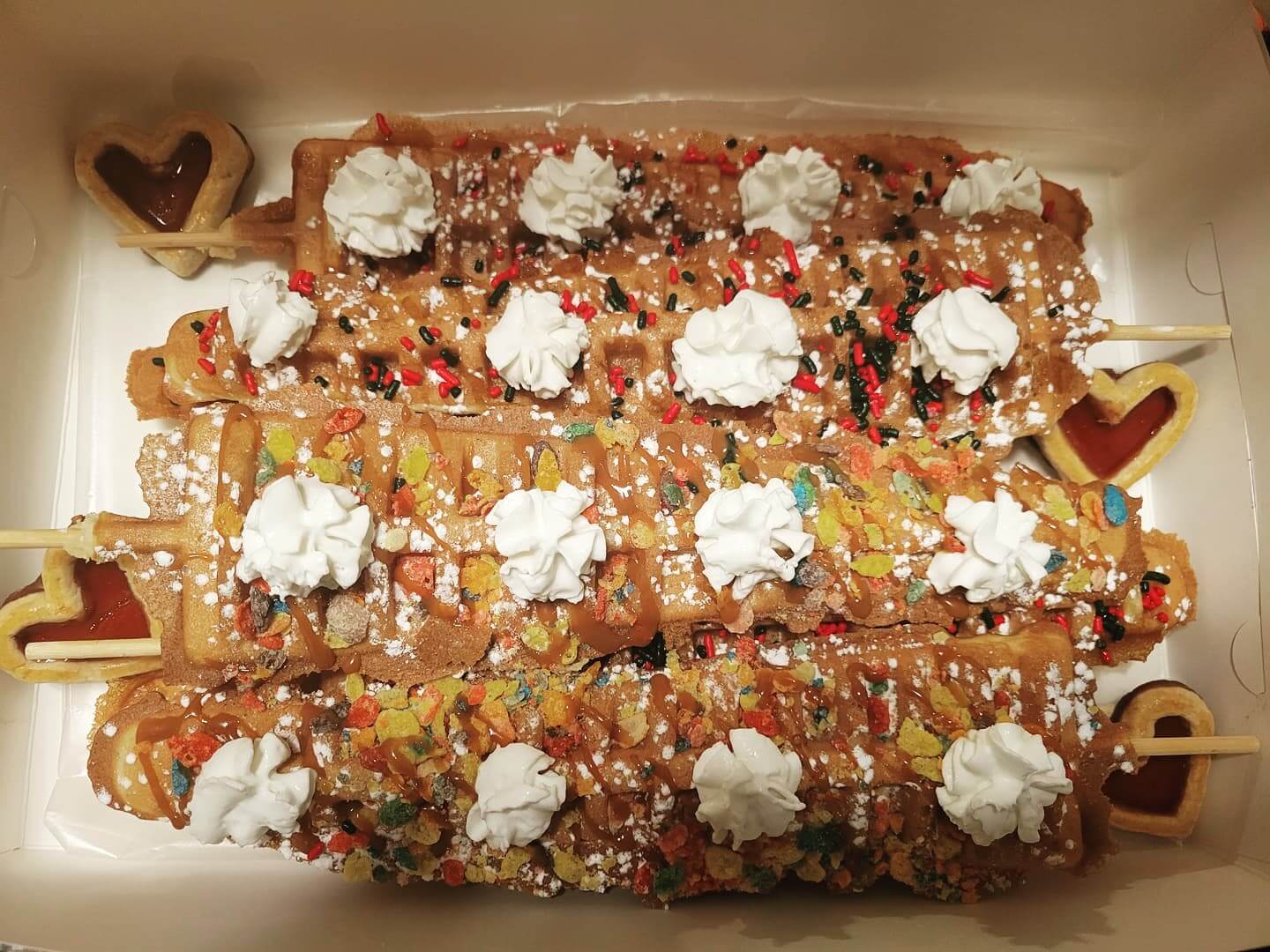 We would like to thank our generous family of trusted businesses who have helped underwrite this event. 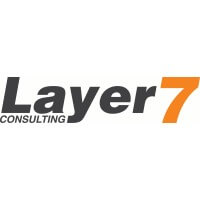 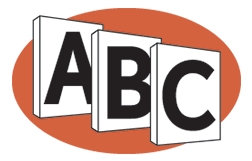 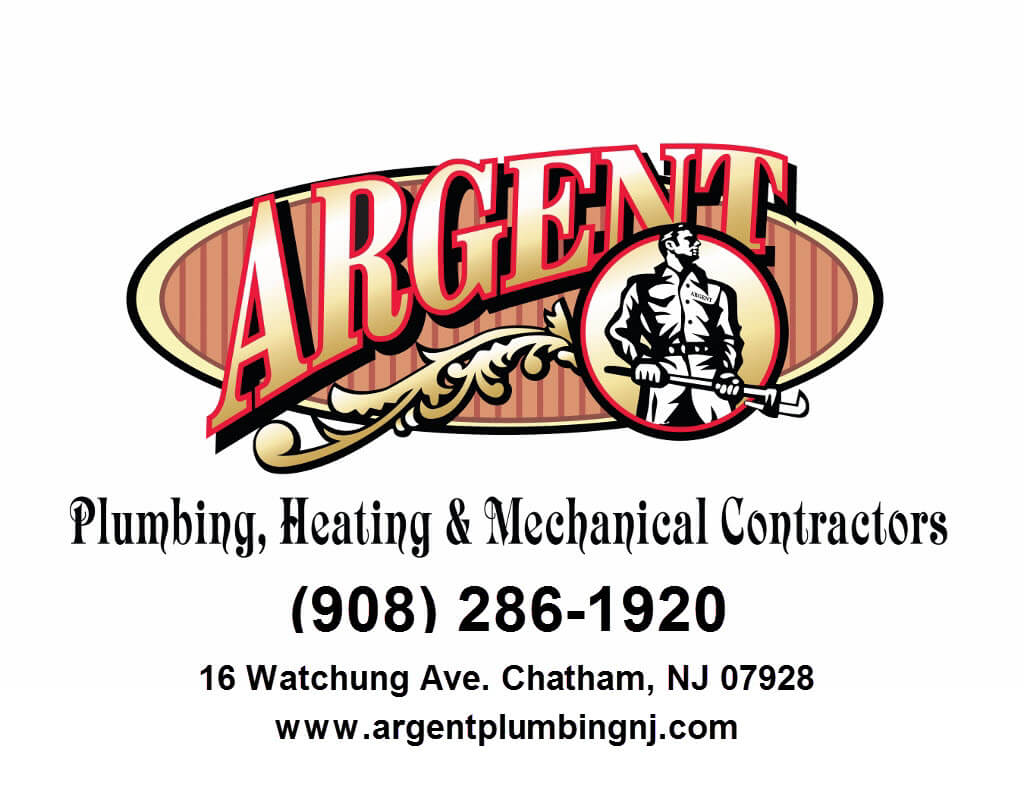 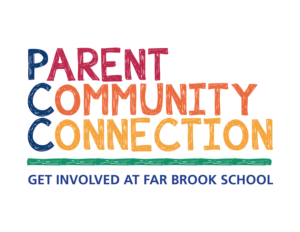